He’s slowly coming around. The world is getting sharper. Darkness. A small room. A warehouse? Eyes adjusting to the lack of light. Quick check: glasses in sight, palmtop in pocket, biochip in place. If I was kidnapped, why did they leave my stuff? And what actually happened?

Her thoughts are interrupted by the feeling that this is not the time for this. She’s somewhere and she needs to get out. She looked around: four walls, metal floor and ceiling, no window, one door. She looked them over. A contactless card switch protects them. She put her wrist to it, pulled out her palmtop and linked to the chip. Yeah, I got a contact. She started the generator and waited.

She recalled how she didn’t feel comfortable with the chip at first. But she got used to it and now she can’t imagine life without it. I mean, how many times has she used it like this? Payment card, house key. Turning off an alarm, hacking into a car, unlocking a computer. Control the lights in the apartment. Accessing the home WiFi. Open the shopping list on your phone. Switching smart clothes to sports mode. And the trick of choice: calling herself on her own phone so she can talk herself out of a boring meeting. 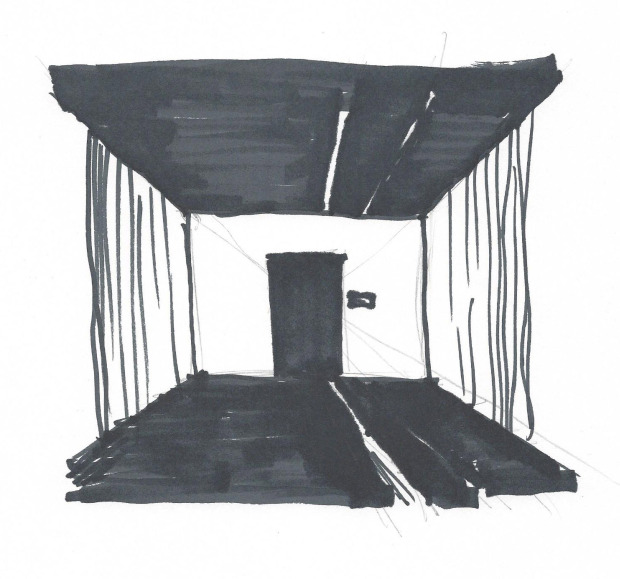 She closed the door carefully behind her. She heard the lock click. Silently she stepped into the shaft and slowly began to slide forward on her knees.

The sun flooded the oval room with two silhouettes.

A man in a neatly cut suit slid a clipboard to the other side of the table. The thirty-something man sitting across from him with a cloak badge in his lapel didn’t have to look inside. He knew what he’d find in them anyway: construction plans and schematics for the Three Mile Island plant’s IT network.

His partner in the encounter nodded his head almost imperceptibly. The deal was sealed.

Travis read the 0-day security feed: Microsoft has finally buried the IE era after the latest security hole. Another Facebook data leak. The college social network, popular with students, spies on its users via webcam. Cybershark security breach. A new version of the popular KDM tool. Google faces a lawsuit for violating privacy…

Peripherally registered a flashing red dot on a wall map of Prague. He read the caption, “Netmancer”. He stared at it. For a long moment, it hypnotized him. No change. That’s not good. Anything could happen to a runner – but reporting back is always priority number one, and Elis is certainly well aware of that. Let’s see what you did last time, girl, Travis muttered between his teeth and started tracing.

In the jumble of Netrunner activity over the past few days, the most notable was the reverse receipt of 100 BTC on a bitcoin sidechain, an outgoing payment to somewhere in southern Europe, and then the loss from Netwatchers’ runner monitoring. He pondered for a moment longer and made his way out and Magnus.

The shaft was half a metre by half a metre, and Elis remembered how cramped spaces made her uncomfortable.

After a few meters, the passageway curved to the right and then to the left. She heard hollow metallic thuds below her, and after a moment she smelled the rich taste of flesh. She realized she hadn’t eaten in a long time, and a sudden feeling of hunger buckled her knees. It’s a good thing I’m kneeling, she tried to joke, which helped her stomach’s grip to bridge and focus on the road ahead. 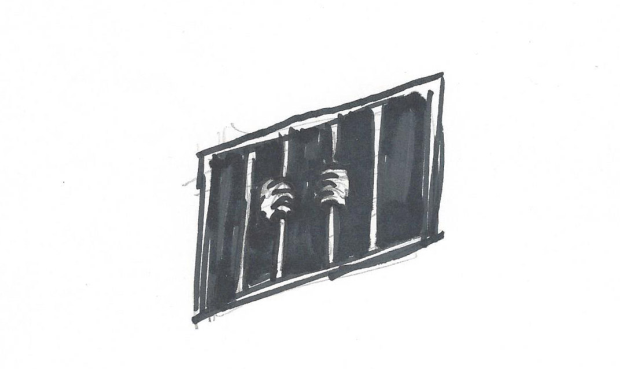 After a while, a new cell opened into the ceiling shaft. She felt the gentle pull of a draft. A lift. She examined the mouth, covered by a thick grating that firmly separated the two spaces. It wouldn’t go that way. She must go further.

Around the next bend, she saw a light at the end of her tunnel – a ventilation grille. She made her way to it. Soon it would be clear. On the way, through the vents below her, she saw a desk in an office of some sort. A computer, papers strewn about. Elis took a deep breath and shuffled slowly toward the end.

Magnus was a man of advanced middle age, slightly unkempt in appearance, with a grey linen cap on his head, usually pacing back and forth in his office like a trapped animal, plotting his escape.

Now, however, he sat at his desk, listening to Travis, brushing his beard grimly. It’s always annoying when the runner stops reporting. Could this be a trap?

He’d been running Netwatchers long enough not to take these things lightly. Some of the runners he’s lost… he’d rather repress the searing memories. He turned his face to Travis: “Check it out. And take care of yourself. Please.”

Elis pushed on the grating, which slid silently into the space behind her. She caught it and leaned out of the shaft. In front of her was a dark, dimly lit room. She clung to the bar on the wall and slid to the floor. She tried to adjust to the darkness. Where to next? In the middle of the space, she recognized the silhouette of a chair and a table. Is he in the office? She tiptoed in that direction. She’d try to find a lamp, maybe shine her palmtop. Maybe she’ll finally figure out where she is…

Elis was snapped out of her musings by the harsh light of the spotlight she had just found herself in… “Good evening, Elis.” The voice belonged to the figure on the other side of the table. “Have a seat.” Elis began to scan the room in a flash. A door in the corner. It would be unlocked, he must have come in somewhere. But would he make it in time? 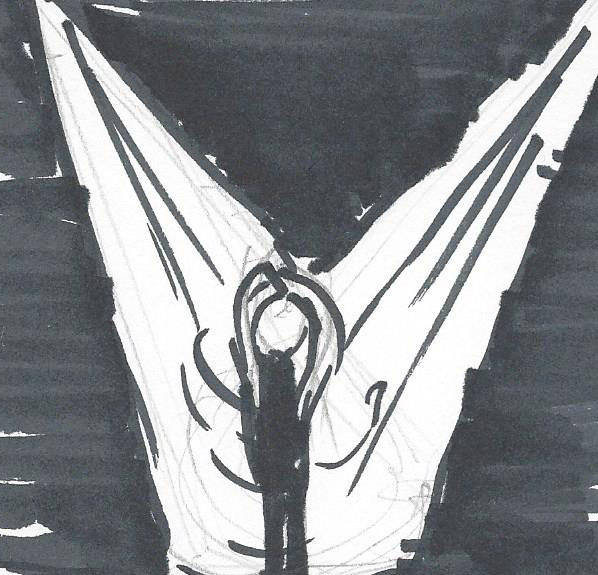 “I wouldn’t even try” – he raised his hand and two armed men came out of the shadows. She resignedly sat back in her chair. “That’s better then. Let’s have a quiet chat. We’ve been watching your progress, Elis, and what you did in Cybershark was impressive. Even a certain necessary test here”-he gestured to the ventilation shaft-“you have passed satisfactorily.”

He took off his black glasses. He stared into cool blue eyes, “We would like to keep you busy, Elis. And I’m sure you won’t refuse our offer”. With those words, Elis handed over the yellow folder.

Elis opened it carefully. She looked at the photograph of a young man. She felt as if her heart had stopped.

End of the third part.

Dear reader: How should the story of Elis continue?

Decide for yourself, kind reader, and let me know at petr.gasparik@ami.cz!

Author: Petr Gašparík, has been working for the last 7 years as a solution architect for identity management. He is in his 19th year at AMI Praha and has worked on a number of important IT projects for commercial and public administration customers, such as ČEZ ICT Services, Česká pošta, and Unicredit Bank Czech Republic and Slovakia.