Alan Nowak stretched his legs contentedly. He’d needed a vacation like this for a long time. To turn off thoughts of network security, hacker attacks, 0-day threats for a while. Job handed over, crowd trained, standard procedure.

landed on the table with a lime. Alan watched the sunlight flash through the drink for a moment, then took the glass in his hand, sipped, and closed his eyes in contentment.

Rock music thundered through the room. In the middle of the carpet, a young silhouette of a young lady writhed in dance creations, accompanying Madley Madison’s singing in unison with her rich alto from the speakers to the haunting finale of the song: “…as the stars rain down on meeee, as the night falls down on youuuu, I pass aaaaall my looooove, From Meee To Youuuuuu!”

The melody fades out. Janis collapsed exhausted into the armchair by the window. She took a deep breath and stared absently out into the cold night. Instinctively, the black shadow by the wall pressed the device against him, glanced at her fleetingly, and then, after assessing the situation, went on with his work.

There was a slight drizzle outside. Elis mentally thanked herself for the idea of getting some smart underwear to keep her warm in this slot. She’d most like to see herself stretched out in a tub full of hot water, with a good dose of bath salts. Except, since she wanted to bypass the geolocation restrictions of remote access to CyberShark, it was easiest to just physically transport herself here. After all, all I.T.’s had a VPN all the way to their bedroom, and Nowak was no exception in that regard.

From the tabtop’s speaker came: “Hello, this is Alan Nowak.”

Elis hurriedly wrote the password down on her notepad. A moment later she verified its validity by logging into Alan’s email. That was all she needed at the moment. She waited for the signal and knew it would come. Boran had played hotel waiter that night. It wasn’t free, of course, but that was what counted. Contacts are the most expensive commodity.

A drone hovered silently nearby. Its cyclops eyes had been streaming the street view to the control center for a long time. A man in black glasses watched Elis’ silhouette motionlessly. 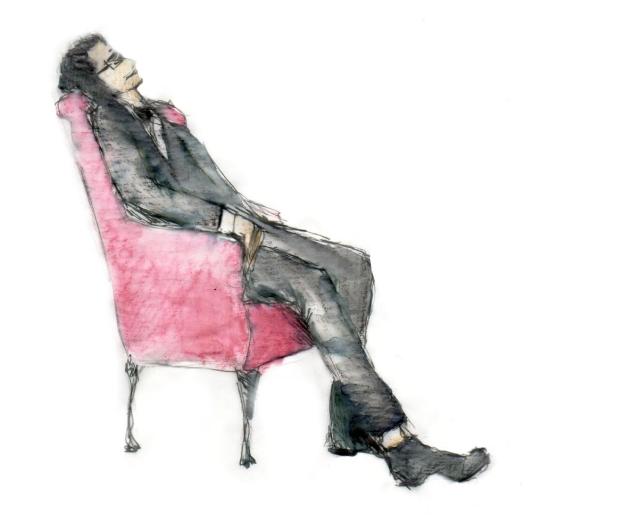 Waking up from the dream was too cruel. Alan reached for his cell phone, which was no longer on the table. The realisation went through him like an electric shock. He idly slapped his hand on the table a few times, desperately hoping that it might reveal itself. The same feeling from that unfortunate deployment of the new version of the company database, when he hadn’t backed up his data, came to mind again. It struck him how vivid the experience was, even after all these years. But he quickly snapped his thoughts back to reality and began to assess the impact.

Without a phone, he has no software token. Without the token, he can’t get into the company. So if there was any trouble, he would have to admit that he had his phone stolen. The decision was quick and short. A few minutes later, he had the front desk phone disable the second level of authentication on his company account.

She was interrupted from her contemplation by a notification of a new e-mail. Elis focused – the company’s system confirmed to Alan the cancellation of the SW token authentication. This was exactly what she had been waiting for. She started the remote login via the VPN server. She entered her name and password, and waited for the system to request a third biometric factor. “Say out loud: 7-4-1-5-8-9,” the machine announced. “7-4-1-5-8-9,” the tabtop repeated in Alan’s voice. “Connection successfully established.”

I’m in! And now we need to move fast… The bellies of the fingers flew across the screen like dragonfly legs on the morning’s still surface of a pond. He knows exactly where to go, the instructions were very precise in that regard. Elis had no doubt that whoever had hired her was an insider. Not that it bothered her. Click. Click. Click. Select file. Click. Send mail. Here he comes!

Elis breathed a sigh of relief. She logged out of the VPN and scanned his home servers rather out of routine before ending her stay on Nowak’s wifi. After all, there was nothing stopping her on the local network.

While she was going through her file folders, she remembered a phone call from this spring:

“Hello, this is Alan Nowak, Chief Security Officer, CyberShark Corporation, what can I do for you?”

“I’m sorry too”, came a snide voice from the other side. Even now, Elis shuddered in disgust at the thought. That’s what you get for that.

While she was going through her home directory, an unconfirmed transaction for 100 BTC flashed on her glasses. We should do that, she smiled, knowing that everything was working as it should. Even Boran would be pleased. She glanced back at the screen and her eyes swept over the search results. Home accounting, vacation photos, a couple of movies, nothing out of the ordinary, except… How? Elis’ eyes stopped on a directory called Herobrin. He-ro-brin. The word rang through her head, awakening a tucked-away memory. Tokyo. Autumn rain. Black cloaks. And him. The memory of someone so close and so far away at the same time. Automatically, she let the folder copy.

The discovery she had just found occupied Elisa’s consciousness so much that she stopped perceiving the world around her, including the subtle vibrations of the traffic tracking app transmitted to her glasses.

He-ro-brin, the cold blue eyes behind the black glasses repeated. Identity 1337, Operation Cage, barked into the microphone. He continued to watch the drone’s projection.

A few moments later, a car stopped abruptly in front of the villa.

Continued in the third part.

Author: Petr Gašparík has been working for the last 7 years as a solution architect for identity management. He is in his 19th year at AMI Praha and has worked on a number of important IT projects for commercial and public administration customers such as ČEZ ICT Services, Česká pošta, and Unicredit Bank Czech Republic and Slovakia.